For a kids tennis racket, they’re made to suit the size of the child. There’s no longer a need to give them a hand me down from when you were a teenager because design, quality build and sizing are better now. For the weight of the rackets, they have all been markedly adjusted to suit skinnier arms and the ability to lift less weight comfortably.

It really depends on the child whether they’ll be interested enough in the sport or if it will become one of their many passing fads. A fad is a habit for children who have trouble focusing on one thing for very long. They flit from one idea to another; one sport or activity to another. For parents, it’s a nightmare of extra costs and wasted money.

What is the Right Age to Make Tennis a Positive?

While kids can start to learn to play tennis as soon as they’re old enough to lift a tennis racket – maybe 2-4 years old – they don’t reach enough maturity until 4 or 5 to act responsibly with it. Care has to be taken both for the equipment and other people around them.

Their losing control of a racket can cause it to fly into the air if their grip is not strong enough to keep hold of it once they’ve swung the racket in a certain direction and then everyone nearby has to run for cover. Parents have to the responsible ones here.

Falling and Rising Cost of Rackets for Children

The amount of materials used in a children’s racket is less because the product is smaller. It’s also not really necessary to use the most expensive materials to produce a racket that likely will only get a year of use before they will need a new one that’s larger because the racket is now too small for their larger hands and expanded frame.

Kids rackets are cheaper than adults to be sure. However, for parents buying for their child, if their interest in tennis continues and grows, then they’ll be buying replacement rackets as they grow taller and stronger.

It will end up being a succession of rackets purchased over successive years to keep up with their growth – just like with their shoes and clothing – in which case, the cost is similar to that of an adult’s racket only it involved several different products rather than one. In that way, kid’s rackets are cheaper individually and as expensive as for adults. Parents need to be prepared for this reality.

For kids to get regular exercise who don’t enjoy working out in any fashion, then tennis is a fun way to keep them in shape without them realizing it. If the child tends to be fairly destructive with their possessions by throwing them around the room and hitting them on things until they’re basically destroyed, then steer clear of tennis because rackets don’t stand up to that type of treatment and it’ll all end in tears. 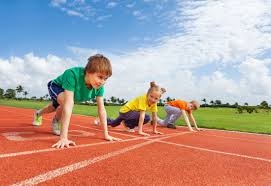 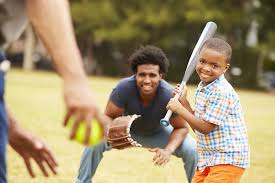